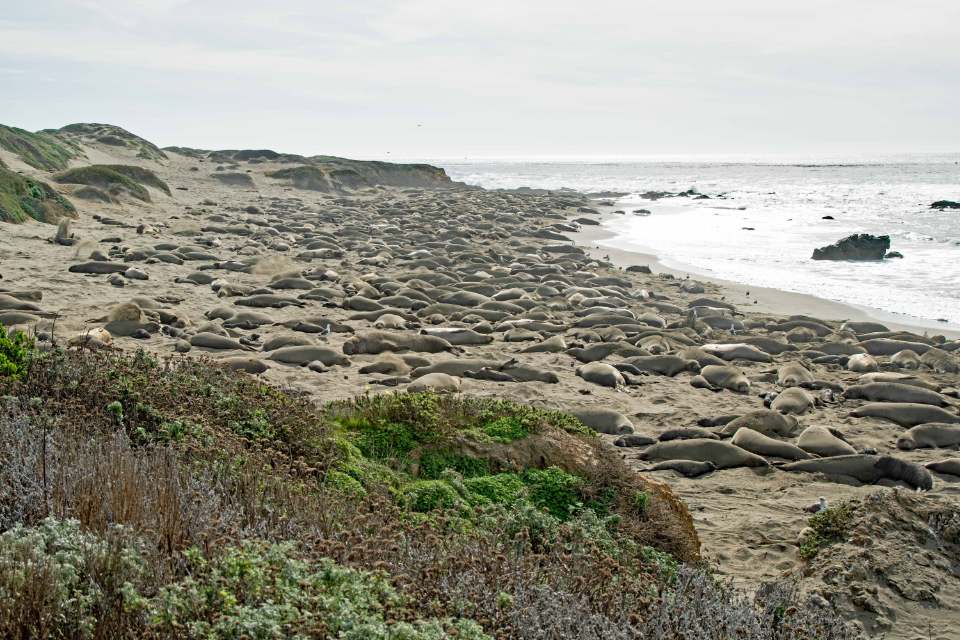 Where Do Elephant Seals Live?

Elephant seals live mostly at sea, spending 8-10 months of the year in the open ocean and they come ashore only twice a year.  They are onshore in the winter for birthing and breeding, and in the late spring and early summer to shed their fur (molt) and grow their new skin and coat. Juveniles, who don’t participate in mating or pupping season, come ashore for a month sometime during September to December. While there are always some seals in the rookery, their visits follow a clear annual pattern as shown in the chart of population and activity below:

Using GPS signals, elephant seals have been tracked from rookeries on the central coast of California, along with a few from Isla Cedros off the coast of Baja California. Those tracks provide us with a picture of the range of these animals. They travel as far as 3,000 mi, (4,800 km) from the rookery and make two round trips each year.

As with whales, elephant seals were heavily hunted from the 18th century to the early 20th century, primarily for their blubber which was processed into oil for lamps and lubrication. The last surviving colony was on Guadalupe Island. It is estimated that the population of that colony dropped to as low as 50 seals, putting the species at the very edge of extinction. The development of kerosene and protection by Mexico in the early 20th century greatly reduced their harvesting.