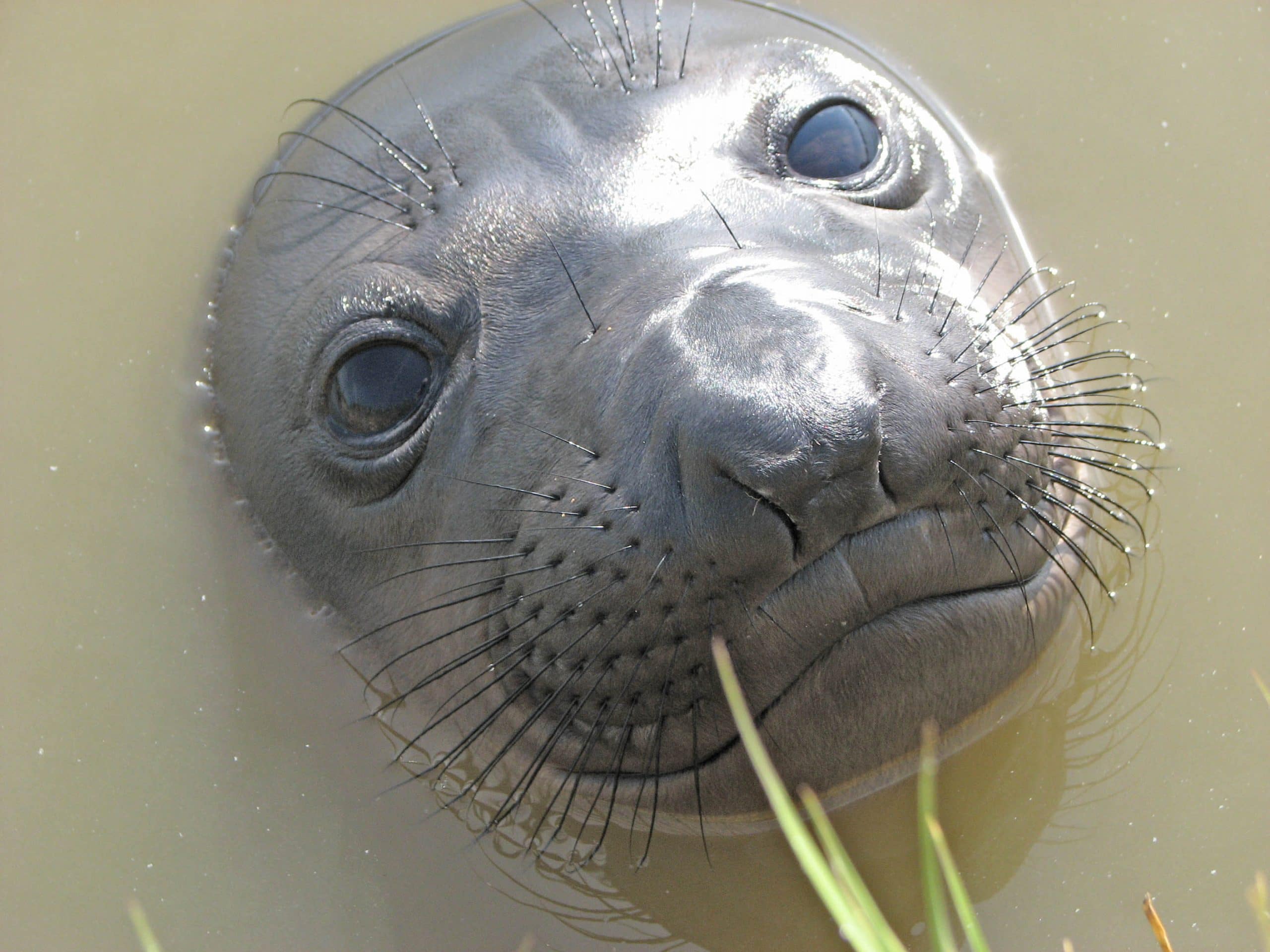 Elephant seals forage at great depth where it is very dark, even during the day. While there is no evidence of any echolocation ability, foraging appears to depend upon vision and sensitivity of their whiskers – vibrissae.

The sensitivity of their eyes to light is ten times that of a human and is particularly sensitive to the colors of their bioluminescent prey.  Like cats, they have a reflecting surface behind the retina, which roughly doubles their sensitivity. Their eyes permit clear vision both in water and in air. The powerful lens of their eye is responsible for most of the focusing, rather than the cornea. In addition, it takes only 2-3 minutes for elephant seals to adapt their vision from the bright ocean surface to the dark conditions at the bottom of their dive.  In comparison, it would take humans 25 minutes to adapt to the same dark conditions.

Their elephant seal’s vibrissae pick up underwater vibration and tactile cues that contribute to successful foraging. The sensory information from the extensive neural connections at the base of each whisker help them to focus on and follow prey.  Each of the approximately 100 whiskers on both sides of the face can sense the location of moving prey.

The whiskers may be a millimeter across (roughly 10 times the width of human hair) near the face.  They arise from follicles that can be 3⁄4 “ long, much longer than the follicles in samples of molted hair.  They have 5 to 10 time as many nerve endings as terrestrial mammal whisker follicles.

Each whisker has a blood supply as well, which helps to avoid the numbing effect of cold waters and to furnish the many nerves with needed oxygen. The whisker follicles are supplied with enough blood that even the skin around them is a few degrees warmer than the rest of the face.