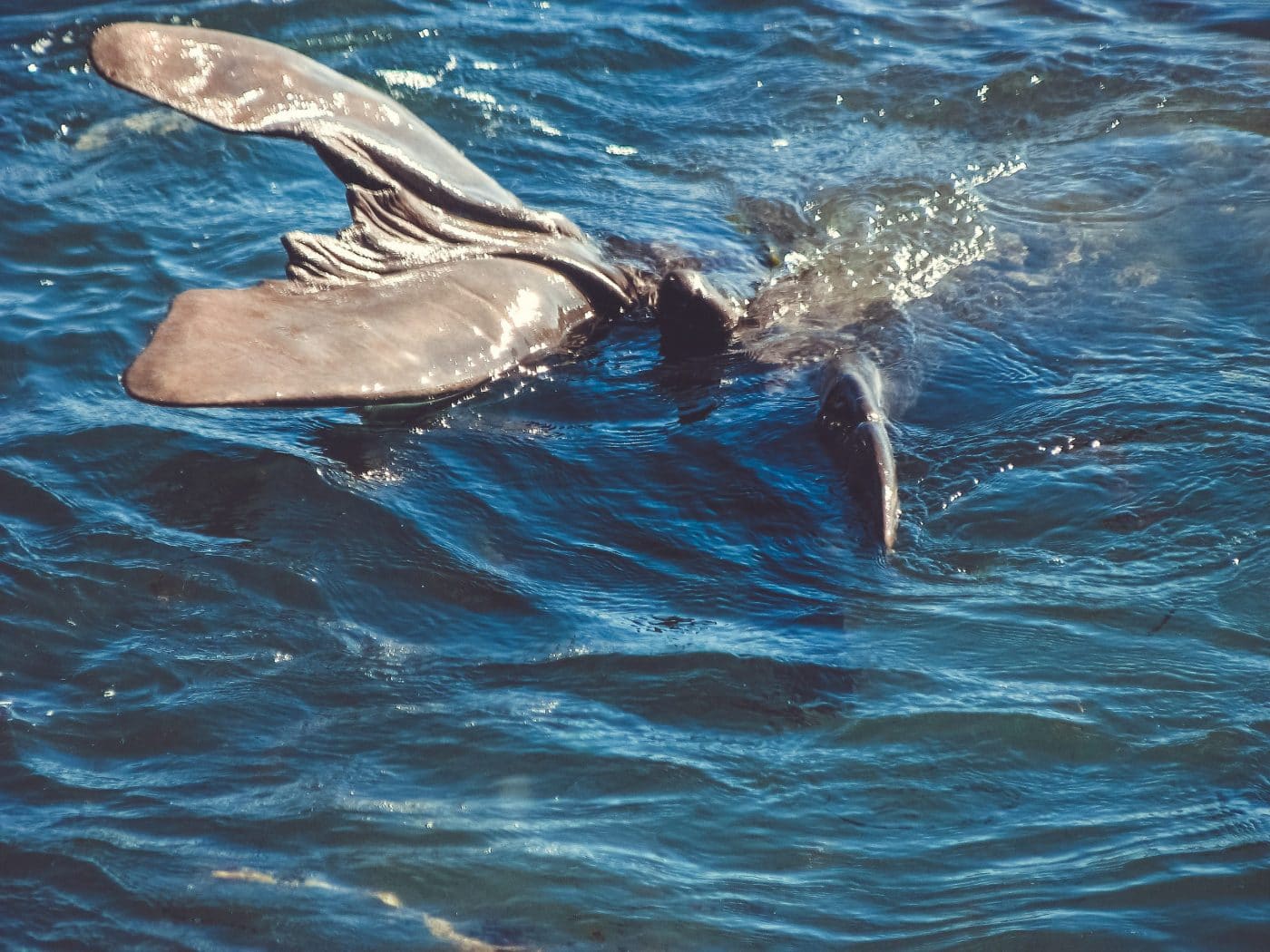 Oxygen is used by all mammals to support metabolism and is carried in three ways – as a component of air in the lungs, attached to hemoglobin in the red blood cells, or attached to myoglobin, a similar molecule to hemoglobin that is fixed in the muscle.

Elephant seals have extraordinary adaptations which allow them to transport, store and use oxygen with extraordinary efficiency. The dive response enables them to slow their heart rates and shunt blood flow away from the extremities to essential organs like the brain and heart.

When elephant seals dive, they exhale almost all the air in their lungs, allowing them to become negatively buoyant. They are about 22% blood by weight, as compared to about 8% in humans. Their blood is richer in hemoglobin, with a concentration of about 40%, compared to 12-14% in humans. Similarly, the percentage of red blood cells by volume in the blood is about 60%, compared to 35-50% in humans.  In addition, the heart and skeletal muscles of elephant seals have a density of myoglobin, a molecule similar to hemoglobin, that is more than 8 times more concentrated than it is in human muscle. Because oxygen is stored in their muscles, the heart is able to conserve oxygen by circulating less blood to muscle tissue.

While these mechanisms allow the elephant seal to start the dive with a large supply of oxygen, the elephant seal has the ability to utilize almost all of it on every dive. Their tolerance for low blood oxygen levels greatly surpasses that of humans and other mammals, ending dives with oxygen saturation levels in the venous blood as low as 8%.

This extraordinary capability allows them to dive to great depths and to surface only briefly between those dives. 90% of their time at sea is under the surface — most of that time 1,000 to 3,000 feet (300 to 900 m) deep. 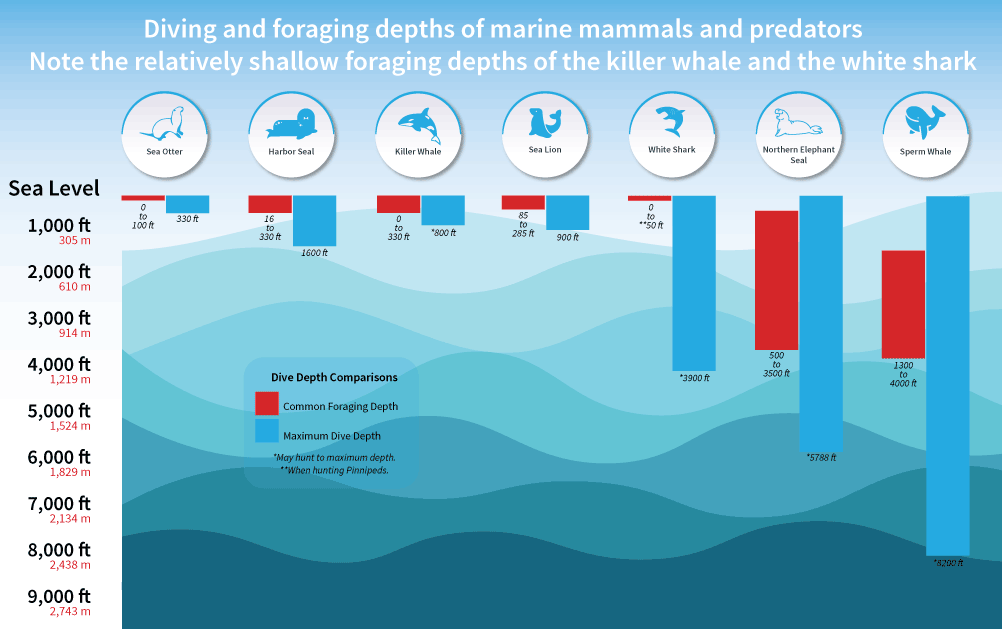