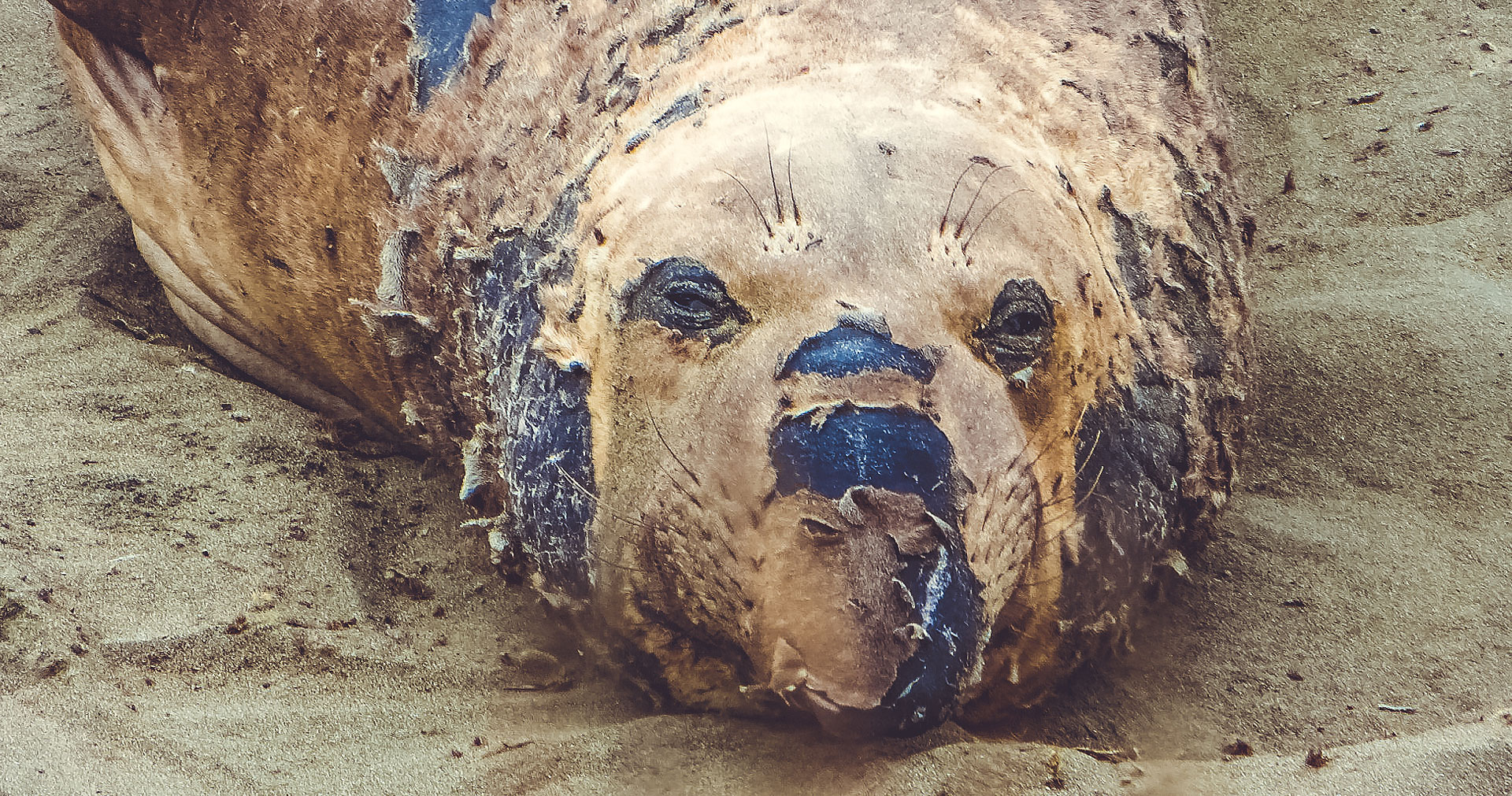 Beginning in late March and extending into September, each of the seals, with the exception of the weaned pups of that year, will return to the rookery for a month to grow new skin and hair. Because the seals do not circulate blood next to their skin while in the ocean, they cannot grow new skin and hair cells continuously as we do. Instead, they come onto land where they are surrounded by air instead of cold water, which increases blood circulation next to the skin. The seals grow new skin and hair, shedding their old coats in the process. They can look very ratty during this period, but they are doing fine.

The number of seals on the beach is largest in April and May, with adult females and juveniles of both sexes arriving to molt. The beach may not seem as full as it did during birthing, since they lie so close together.

Each female and juvenile seal will take about a month to molt, and most will be gone before the sub-adult and adult males arrive to molt sometime between June and September. 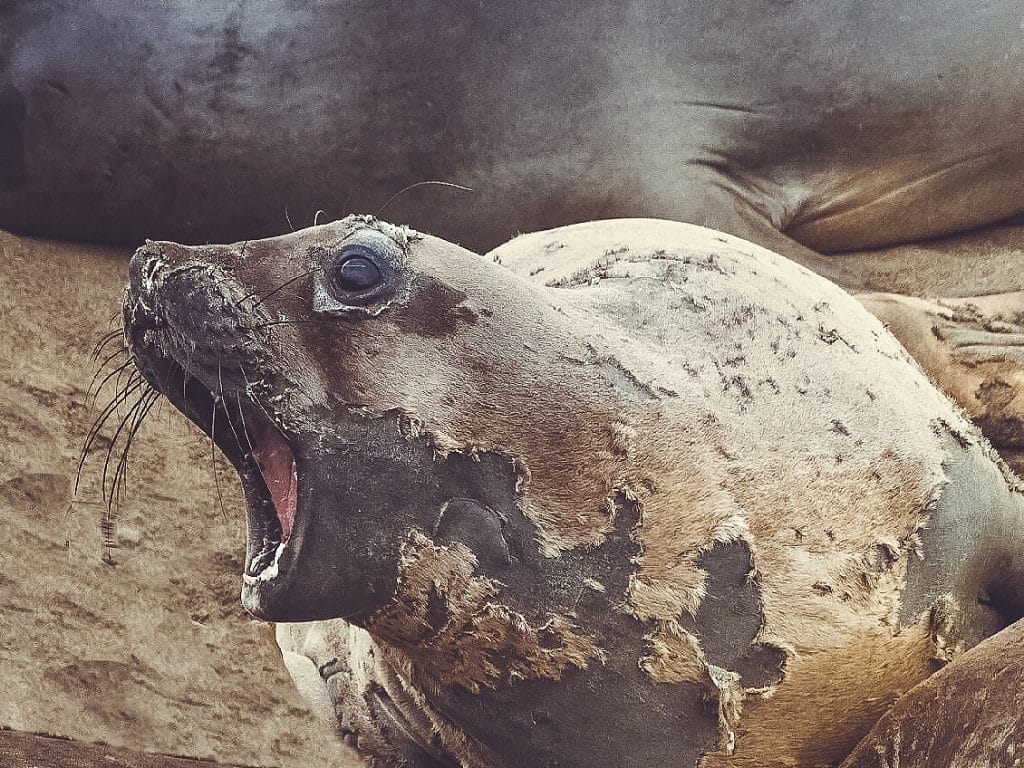 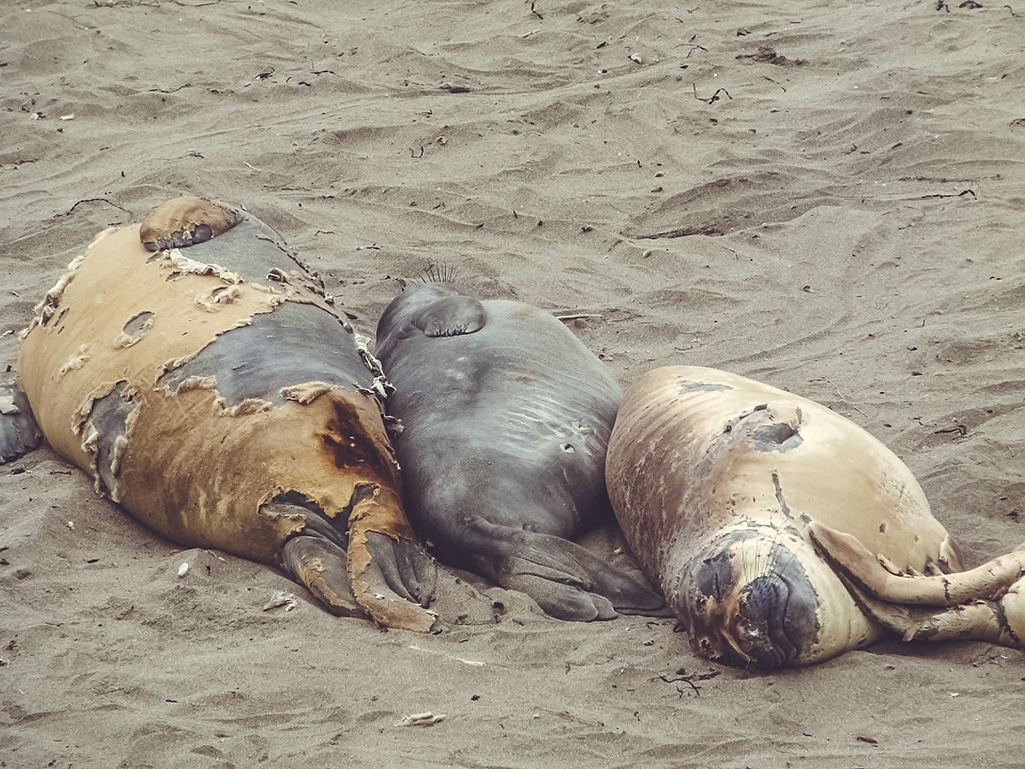 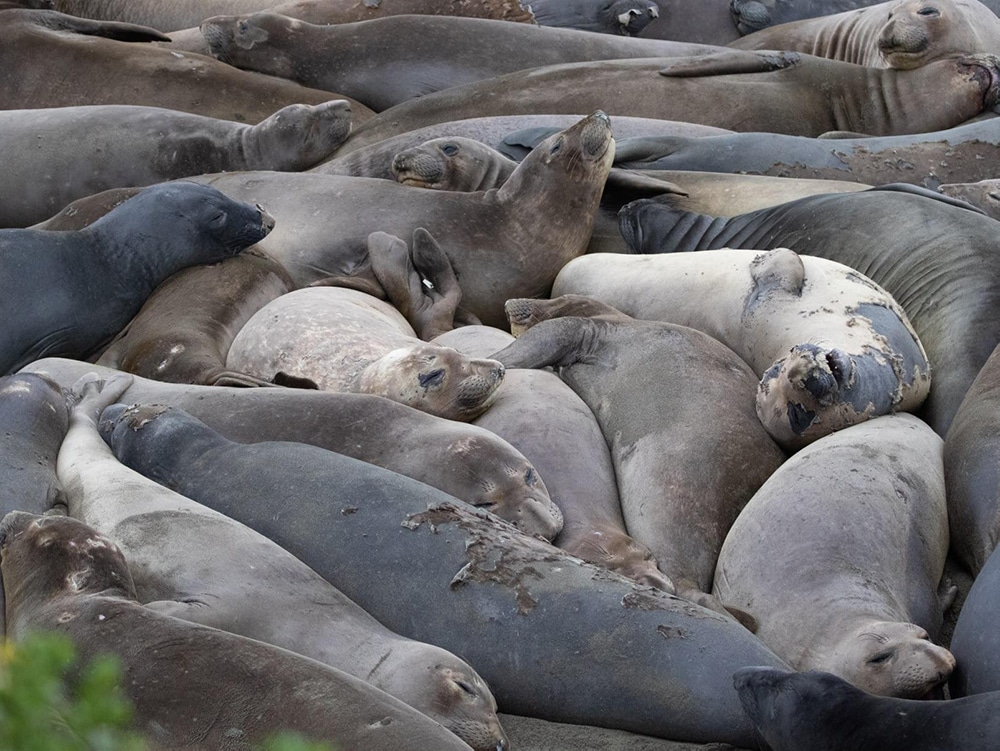 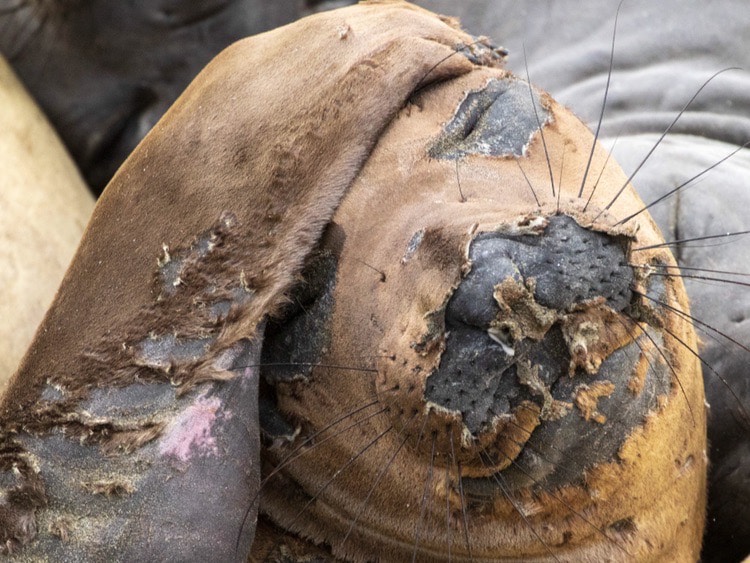