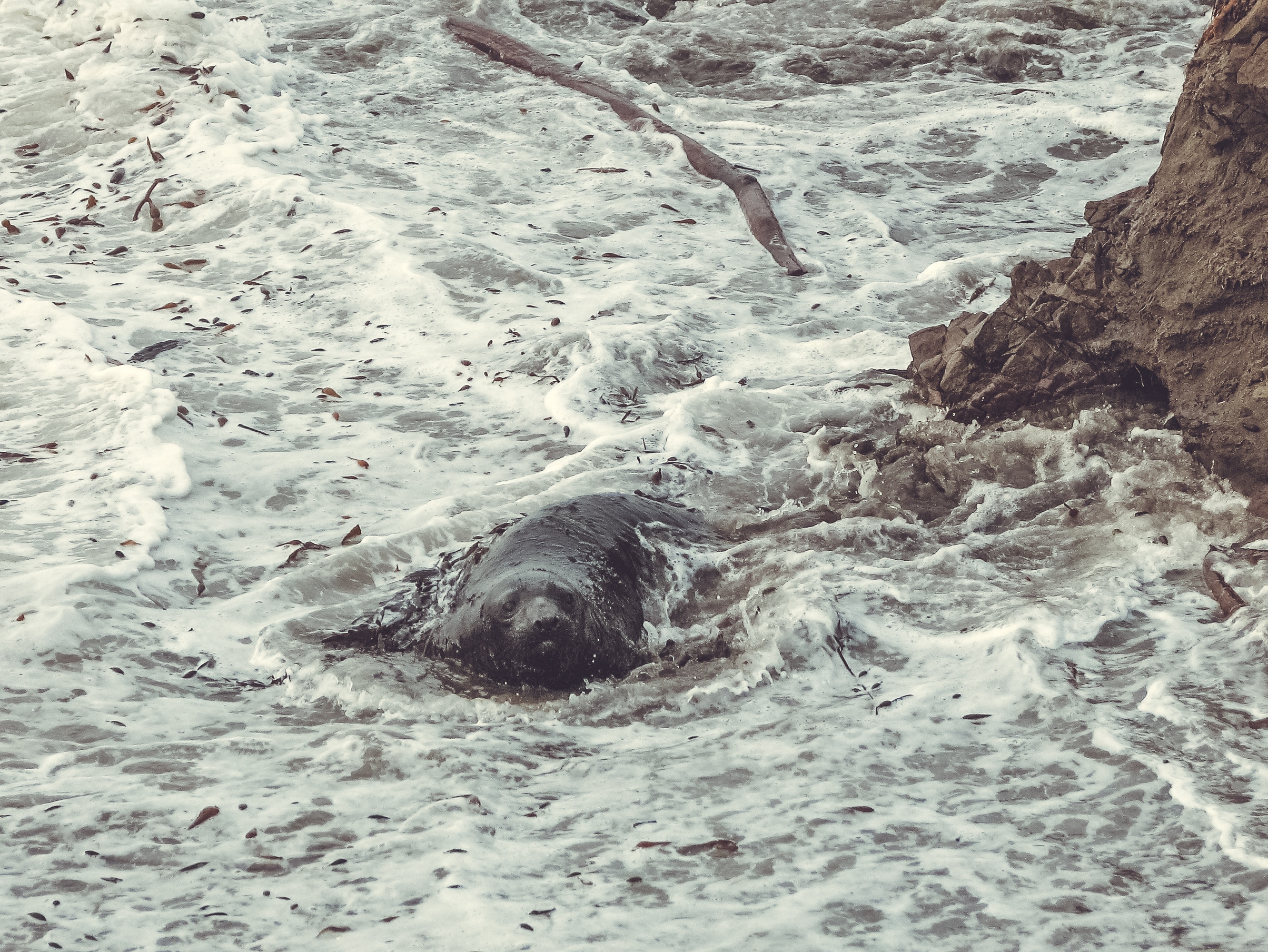 Lifespan of an Elephant Seal

As with most wild animals, an elephant seal’s life is fraught with danger. As visitors to the rookery can see during the birthing season, a number of seal pups do not survive. High seas can carry a pup out into the ocean, which they cannot withstand until they are a few weeks old. On the beach they can be unintentionally crushed by a bull, or starve because they have been separated from their mother and failed to find a surrogate. In a year with mild weather, the loss of pups at Piedras Blancas is around 5-7%. In a bad year, with major storms from the south, the loss can be as high as 20%. The rest survive to go on their first voyage.  However, only 50% survive their first year.

Other than pups, very few seals ever die on the beach. Loss in the ocean, however, is significant. However, we know few details about what the seals die from.

Known predators are the great white shark and the orca or killer whale. Some seals are caught in fishing nets and drown. Some likely die from failure to forage successfully, disease, or parasites.

For those few who do survive, the maximum lifespan for male northern elephant seals is age 14; for females it is to age 20 or more.