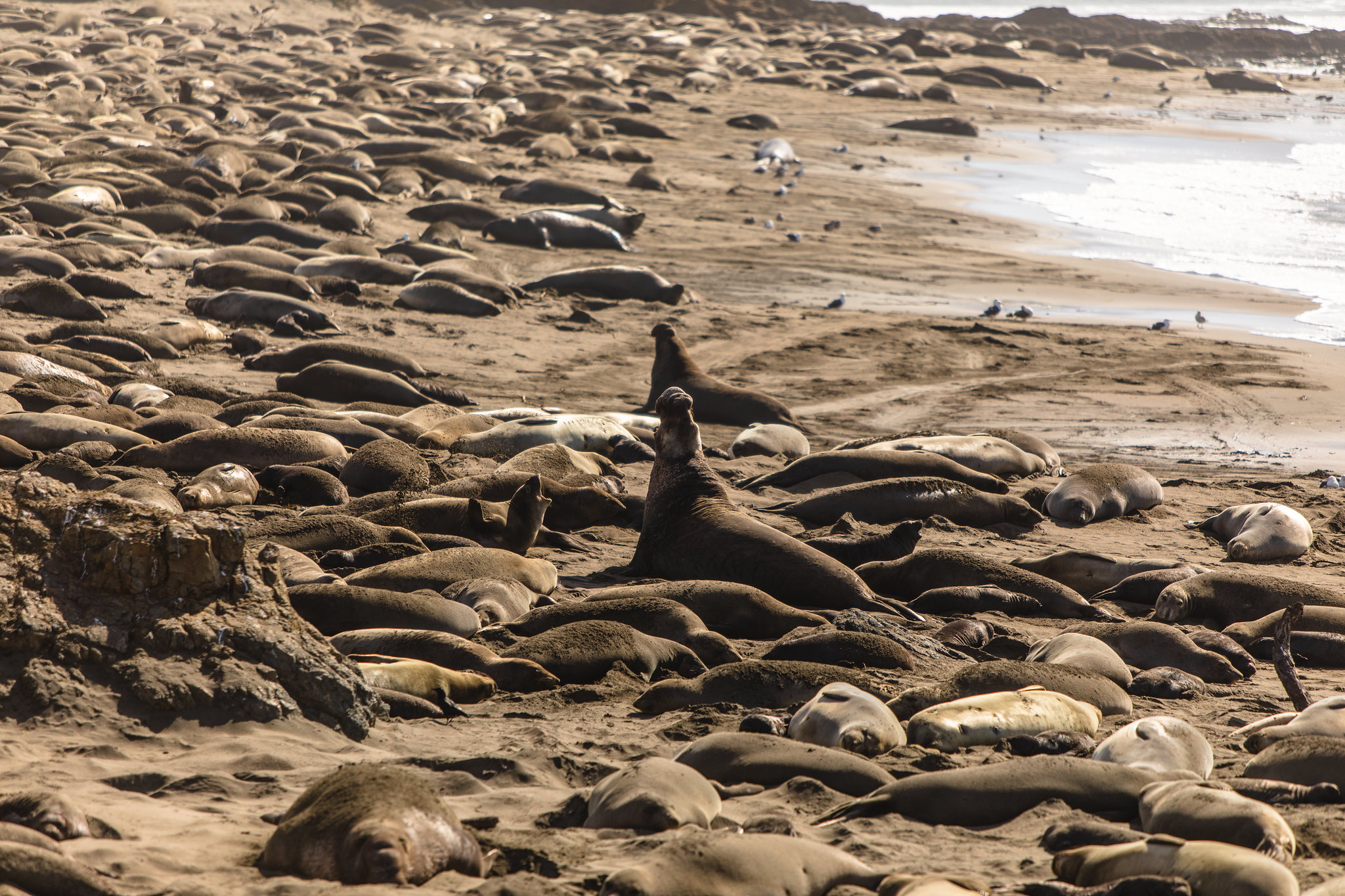 Except for nursing pups, all of the seals in the rookery are fasting – no food and no water for their entire stay. They survive by metabolizing their blubber, providing energy, nourishment, and water. Water is one of the by- products of using fats for energy; this process is called metabolic water production. At the same time, their highly efficient kidneys concentrate their urine to minimize water loss.

The seals lose water mainly through respiration. They breathe in cool air, which heats up to body temperature (slightly higher than ours) and absorbs moisture. When they exhale, any water in that breath would be expected to evaporate.

However, they conserve water in two important ways. First, they are able to minimize water loss by not breathing 60% to 70% of the time.  In addition, they are able to capture and recycle much of the water in the exhaled air through countercurrent heat exchange. Evaporation is reduced as the moisture in warmer exhaled air condenses while passing through the cooler membranes lining the complex turbinate structures of their nasal passages.

Fasting serves a number of purposes. By not foraging in the area of the rookery, they greatly reduce the attraction of predators, making access to the beaches much safer. Also, for the molt and nursing periods, fasting allows those activities to consume a minimum of time, maximizing their foraging time at sea.

During the breeding and pupping season (December to March), adult male elephant seals come ashore to establish and maintain mating dominance over other males. During that time, they lose 40% of their body weight-up to 2000 lbs (900kg). If a male were to leave the beach, he would lose his mating advantage. Fasting as long as three months, one of the longest mammalian fasts, ensures the male retains mating access to females.

Female elephant seals nurse their pups for about a month. Leaving the rookery to forage could result in a female losing her pup, a major cause of pup mortality. Weaned pups (weanlings) remain on the beach after their mothers depart. They are able to fast for 8 to 10 weeks in the predator-free zone of the rookery before venturing into the sea to forage.