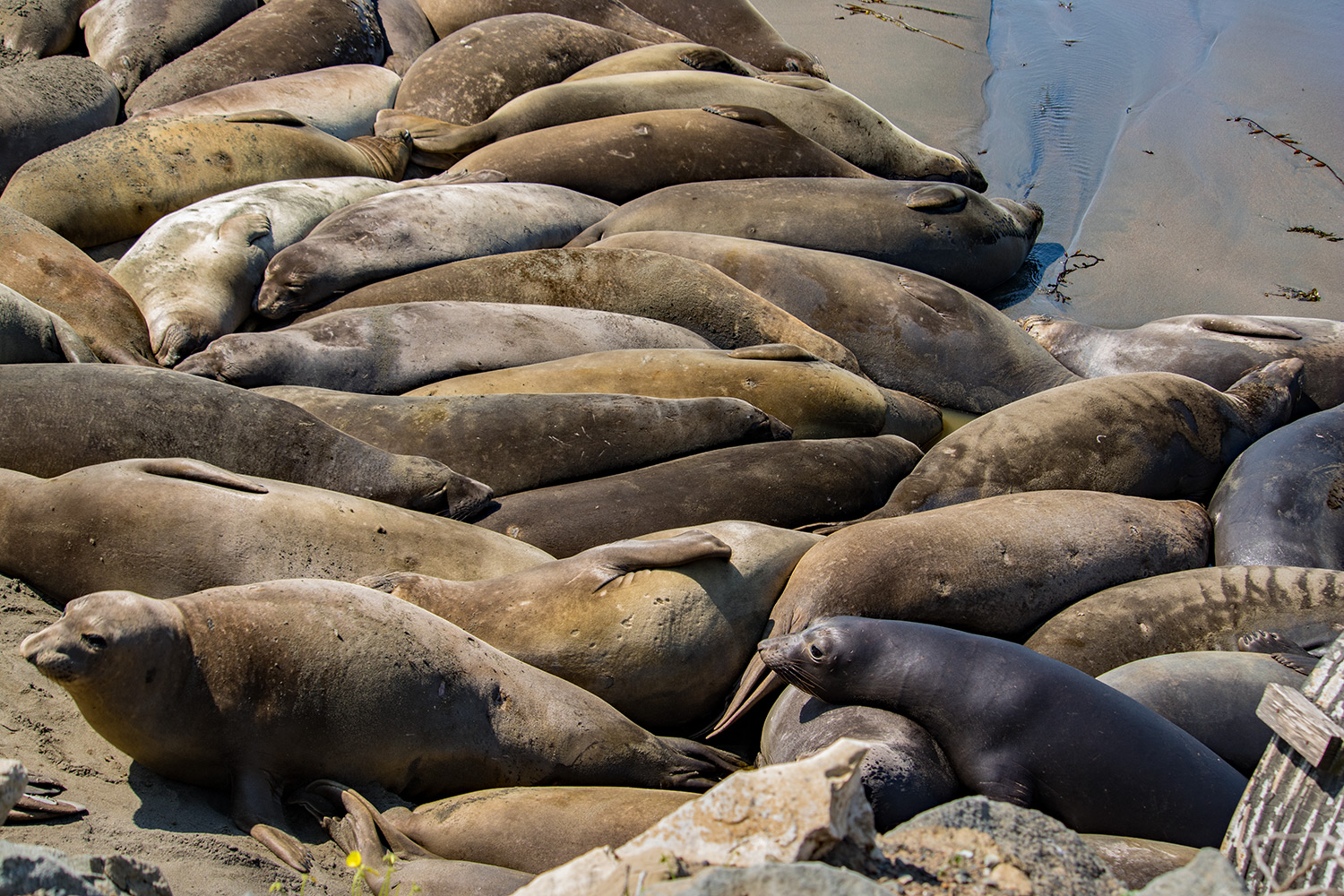 Shortly before a female leaves the rookery after birthing and nursing her pup, she will mate several times and become pregnant. She leaves the rookery for two to three months, returning in April or May for a month on the beach to molt. Once she departs after molting, the fertilized egg, which has developed into a cluster of cells, known as a blastocyst, attaches to the uterus. At that point, the seven-month gestation period begins and the embryo starts to develop.

This delay in the attachment provides several important advantages:

The majority of the females who give birth during the winter months are bred in or around February. However, 15% to 20% of births each year are to new mothers, juvenile females who are not in the rookery during the birthing/breeding season. They are bred at other times, but, like all juveniles, they come to the rookery to molt in April or May, at the same time as the experienced females. With attachment occurring on departure from the Spring molt, the gestation period of these new mothers-to-be begins at the appropriate time. They will give birth on schedule the following winter.