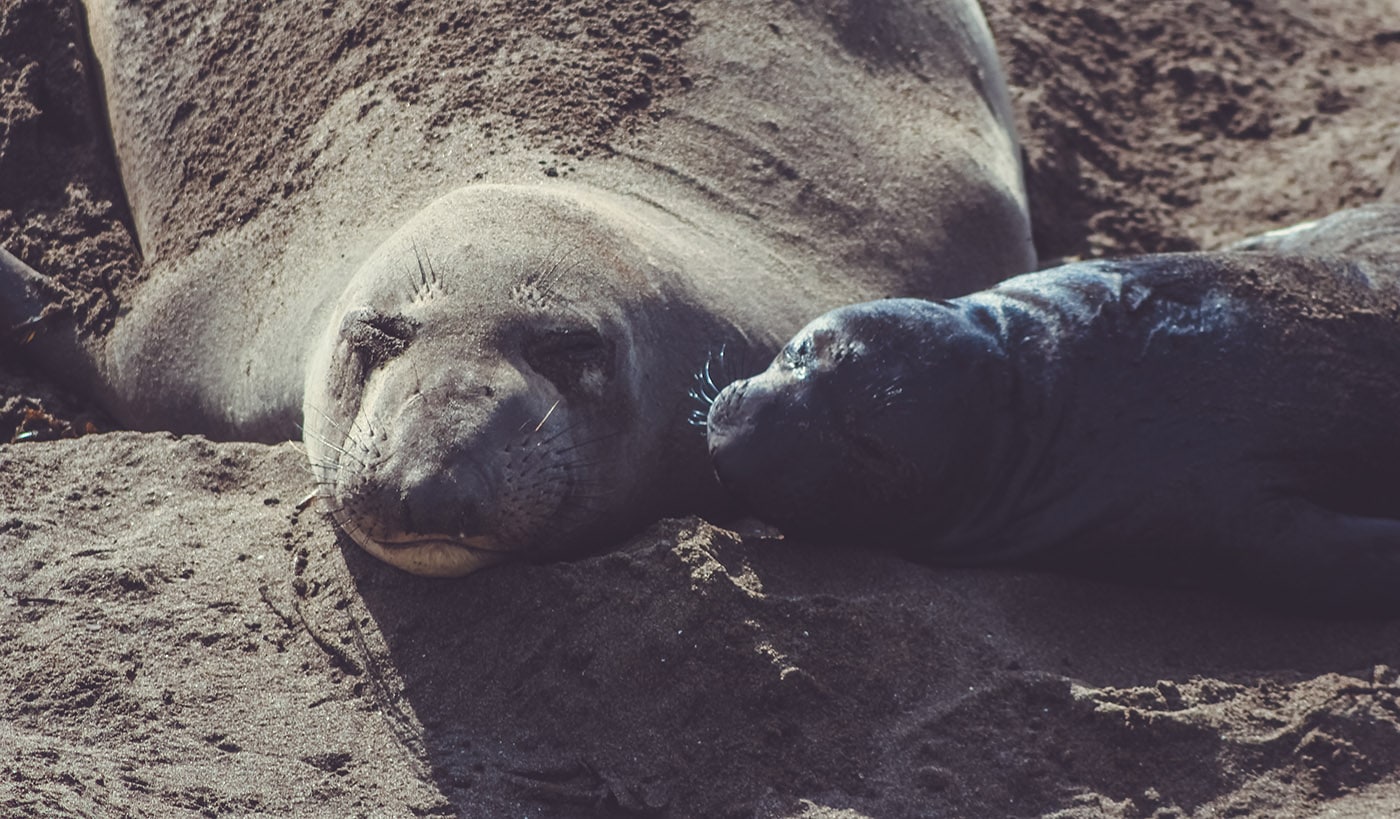 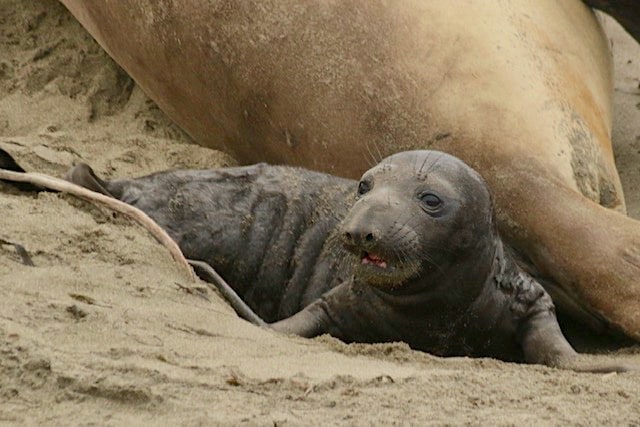 As they arrive, males lay claim to a section of the beach – a claim that is frequently challenged. Typically, a dominant alpha male bull hangs out with 2 to 3 sub-dominant beta males to control each section. While dramatic battles may arise as the seals claim their section of the beach, most of the face-offs for dominance are settled with intimidation. Only a small percent of confrontations result in a significant battle. This helps to conserve energy required for their long fast while on the beach for the duration of the season.

Pregnant females begin arriving in December with most coming in January. Births occur a few days after arrival. Births occur on the beach, often at night. The pup nurses from its mother for four weeks, quadrupling its birth weight to around 300 lb (135 kg).  The mother’s milk is very rich, reaching around 60% fat by weaning time. The mother will lose 2 lbs (0.9 kg) for every lb (0.45kg) the pup gains, eventually reaching a loss of about 40% of her original weight. Twins have never been documented, although some mothers will foster an additional lost or stranded pup(s).

During the last week of nursing, the mother comes into estrus and mates. Shortly thereafter she goes to sea, leaving her pup behind – abruptly weaning them by desertion. There is no evidence that that mom-pup relationship plays any future role in their lives. The weaned pup remains in the rookery, fasting, for an additional 8 to 10 weeks.

By mid-March, most of the adult seals are gone, leaving the pups behind. As the beach becomes less populated, the pups start exploring the shallow water just off shore. Clumsy with their newly acquired weight, it takes some time before they are able to swim well. They mostly go into the water at night.  This helps to prepare them for dives at sea where it will be dark all of the time. Most depart by late March or early April.

Females come into estrus and begin mating about 24 days after giving birth. However, the fertilized egg does not implant in the wall of her uterus for about four months, a phenomenon called “delayed implantation”.  This enables the adult female seal to go to sea and regain some of the weight she has lost during the birth and nursing process. Since the seals’ gestation period is seven months, this delay means that the young will be born after the female reaches her breeding ground the following year. Adult females may mate several times before returning to the ocean.