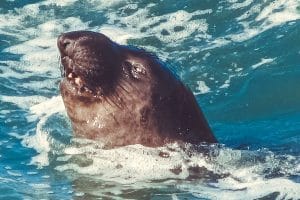 When diving to hunt, the northern elephant seal first exhales, emptying its lungs of almost all air. This reduces buoyancy and protects the seal from the bends (decompression sickness). All of the oxygen used to provide the energy needed during the remainder of the dive is stored in the red blood cells and the muscles. At the beginning of the dive the seal swims with its tail fins, however during the rest of the descent, almost 90% of the time the seal simply glides.

To enable the long period without breathing and the rapid recharge at the surface, the northern elephant seal has a very different surface and underwater metabolism. At the surface the seals have a heart rate of between 80 and 110 beats per minute. When diving, the heart rate drops typically to one-third the surface rate and occasionally as low as 3 beats per minute. Circulation becomes limited almost completely to the heart and the brain so that oxygen consumption is minimized.

When away from the continental shelf, seals dive somewhat deeper during daylight hours than at night. This probably reflects the behavior of the prey, approaching the surface at night, rather than the effects of reduced light on the seals.

Elephant seals have a very large volume of blood, allowing them to hold a large amount of oxygen for use when diving. They have large sinuses in their abdominal veins to hold blood and can also store oxygen in their muscles with increased myoglobin concentrations in muscle. In addition, they have a larger proportion of oxygen-carrying red blood cells. These adaptations allow elephant seals to dive to such depths and remain underwater for up to two hours.

The dive response slows down the seal’s heartbeat (bradycardia) and diverts blood flow from the external areas of the body to important core organs. Seals also slow down their metabolism while performing deep dives.

Elephant seals have a helpful feature in their bodies, known as countercurrent heat exchange, which helps them conserve energy and prevents heat loss. In this system, arteries and veins are organized so as to maintain a constant body temperature.  Heat is transferred from the warm blood flowing in arteries to the cooler blood returning to the heart in veins, thus keeping the seal warm. 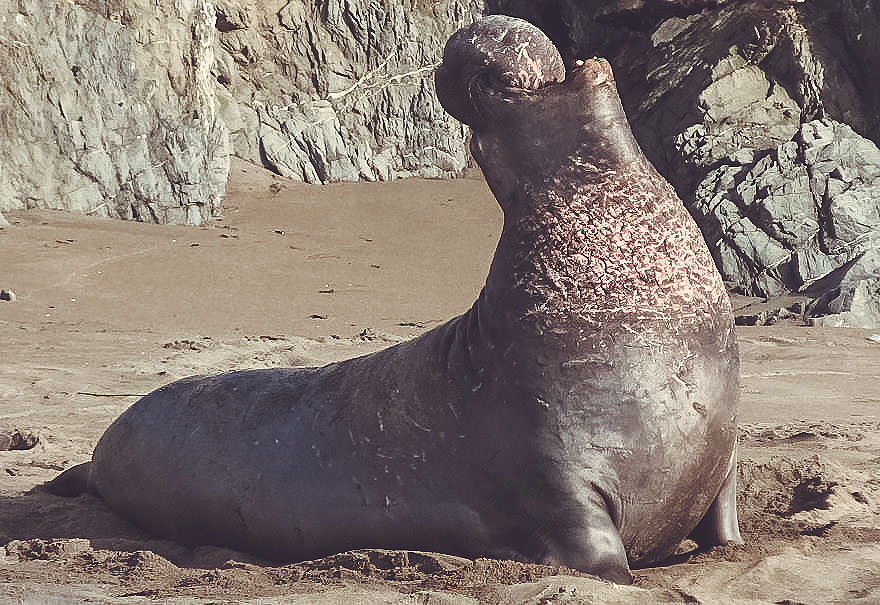